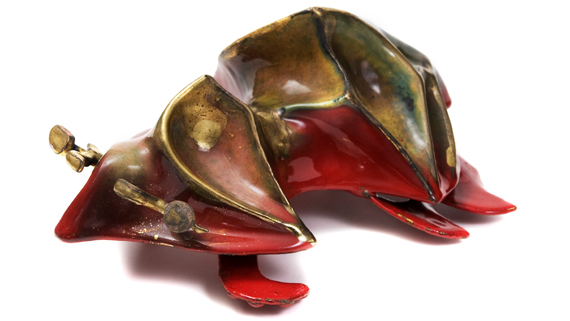 What is the award made of?
A Guldbagge weighs 1.2 kg and each award is hand-crafted in a complicated process where it is first chased in copper and then enamelled, before genuine gold is finally added.

What films qualify for nomination?
Swedish feature-length fiction films and documentary films that had their premiere in the past calendar year and have a running time of at least 70 minutes can be nominated. The films must have been released in cinemas with public screenings for at least 7 days. For a film to be considered as Swedish it is required to have a Swedish main producer with a Swedish majority ownership, known as Swedish major. In order for a film to come into consideration, it must be registered by the producer no later than 15 November 2017.

The Nomination Committee elects all Guldbagge Award nominations except for the categories of Best Short Film, Best Documentary Film and Best Foreign Language Film, which have their own nominations groups.

How does the jury choose the winners and who’s on the jury?
A special jury chooses the winner from the three nominees in each category. The jury comprises eight members with extensive professional film experience. One of the members should be from another Nordic country. The members of the jury must observe confidentiality regarding the jury’s work.

The recipients of the Guldbagge Awards for Best Achievement and Newcomer of the Year are chosen directly by the jury, without nominations.

What venue has hosted the most Guldbagge Award Ceremonies?
The Cirkus arena in Stockholm.

If you have any further questions or would like to contact us:
Please send mail to Vicke Harris, project manager for the The Guldbagge Awards, vicke.harris@filminstitutet.se

Any cookies that may not be particularly necessary for the website to function and is used specifically to collect user personal data via analytics, ads, other embedded contents are termed as non-necessary cookies. It is mandatory to procure user consent prior to running these cookies on your website.

Analytics
Performance
Advertisement
Other
Save & Accept